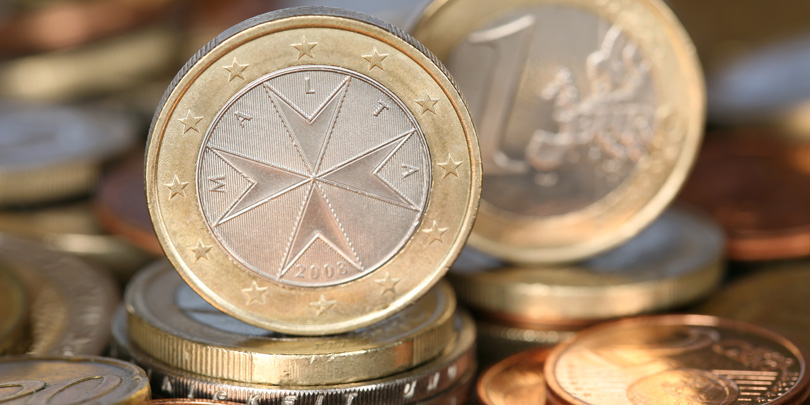 Over the years, corporate vehicles such as companies, trusts, foundations, partnerships and other types of legal persons and arrangements have, unfortunately, been misused for illicit purposes, including money laundering, bribery and corruption, insider dealings, terrorist financing and other illegal activities. In fact, corporate vehicles have proven to be an attractive way to disguise and convert proceeds of crime before introducing them into the financial system. The misuse of corporate vehicles would be significantly reduced if the information regarding both the legal owner and the beneficial owner, the source of the corporate vehicle’s assets and its activities were readily available to the authorities.

The OECD’s Common Reporting Standard (CRS) is the new global standard for automatic exchange of information. Its aim is to promote the exchange of information between the authorities of different countries, and effectively suppress tax fraud and evasion as a result of aggressive cross-border tax planning. However, as ambitious as it may be, the CRS will not catch everything as it contains many loopholes and exceptions which may prevent countries from getting the required information. For instance, it is very common for persons (natural or legal) to not hold any bank accounts or financial investments under their own name, but rather hold them indirectly via layers of entities and arrangements (e.g. trusts, foundations, nominees etc). CRS does not require banks or financial entities to “look though” these layers and actually identify the natural person behind it. A Register on the Beneficial Ownership of Assets is therefore essential, as it will act as a second line of defense against complete financial secrecy.

In response to recommendations of the Financial Action Task Force (FATF), the European Commission published the Fourth Anti-Money Laundering Directive (hereinafter the Directive) (Directive (EU) 2015/849 of the European Parliament and of the Council). It came into force on the 26th of June 2015 and replaced the Third Anti-Money Laundering Directive (2005/60/EC) (the “Third Directive”). EU Member States have until the 26th of June 2017 to transpose the Directive into national law. The most controversial part of this Directive has been the obligation for all EU countries to introduce an Ultimate Beneficial Owner (UBO) Register for companies, as well as trusts. The controversy arises since certain information which is considered private and which legitimately could be kept as such, will now be made available to a number of persons – possibly also to the wider public in certain situations. While the main purpose of the new standards on transparency and beneficial ownership were to prevent the misuse of corporate vehicles for money laundering or terrorist financing, they also help prevent and detect other offences relating to tax fraud and tax evasion.

Registries of beneficial ownership information need to cover legal entities such as companies, partnerships, and foundations, and legal arrangements such as trusts. If trusts had been left out of the scope of the new provisions, then it would have immediately made them the perfect alternatives to companies or foundations, for tax avoidance or money laundering.

Who is the beneficial owner?

The Directive generally defines “beneficial owner” as any natural person(s) who ultimately owns or controls the customer and/or the natural person(s) on whose behalf a transaction or activity is being conducted.

In the case of corporate entities, this includes the natural person who “owns or controls a legal entity through direct or indirect ownership or control over a sufficient percentage of the shares or voting rights.” Retaining the Third Directive threshold, a percentage of 25% plus one share constitutes sufficient evidence of ownership or control. If no such person can be identified, the natural person who holds the position of senior managing official will be deemed to be the beneficial owner.

In the case of trusts, the settlor, the trustee, the protector (if any), the beneficiaries, and any other natural person exercising ultimate control over the trust by means of direct or indirect ownership or by other means, are considered to be the ‘beneficial owners’.

In the case of legal entities such as foundations and legal arrangements similar to trusts, the natural person(s) holding equivalent or similar positions to those referred to in the case of trusts will be regarded as the ‘beneficial owners’.

The Directive is applicable to all ‘obliged entities’; being financial and credit institutions, as well as, legal or natural persons acting in the exercise of their professional activities. This includes external accountants, tax advisors, auditors, notaries and other independent legal professionals, as well as, trust or company service providers, estate agents and other persons trading in goods to the extent that payments are made or received in cash amount to EUR 10,000 or more. The transaction may be carried out in one single operation or in several operations which appear to be related. For the first time, providers of gambling services, which with the exception of casinos, may be exempted by Member States based on risk assessment. It is expected that obliged entities will now need to be more informed about their customer base and their commercial partners’ businesses and their beneficial owners. Furthermore, anti-money laundering advice will be essential for each EU member state in which an obliged entity has its customers. Therefore, these provisions will impose significant administrative burdens on obliged entities.

In the words of an Economic and Monetary Affairs Committee rapporteur: “Creating an EU-wide register of beneficial ownership will help to lift the veil of secrecy from offshore accounts and greatly aid the fight against money laundering and blatant tax evasion”

The persons or organisations referred to in (c) shall access at least the name, the month and year of birth, the nationality and the country of residence of the beneficial owner as well as the nature and extent of the beneficial interest held. It is therefore assumed that the persons in (a) and (b) will have access to far more information. It is important to note that the Directive fails to define “legitimate interest”, which may give rise to confusion and uncertainty, and the possibility for abuse.

In terms of the Directive, any exemption to the access provided by member states to the information on the beneficial ownership would be possible only on a case by case basis in exceptional circumstances. These exceptional circumstances include; where such access would expose the beneficial owner to the risk of fraud, kidnapping, blackmail, violence or intimidation, or where the beneficial owner is a minor or otherwise incapable. These exemptions shall not apply to the credit institutions and financial institutions, and to obliged entities that are public officials.

In the case of trusts and similar legal arrangements, Article 31 of the Directive establishes that Member States must provide for a central register for beneficial owners, which is, in principle, only to be accessible to competent authorities, financial intelligence units and obliged entities that are conducting customer due diligence. Therefore, in the case of trusts or similar arrangements, the Directive recommends a private register, not available to the general public. Member States must include beneficial ownership information in the register in respect of trusts and comparable legal arrangements that are governed by the law of the respective Member State, and if the trust generates tax consequences. Moreover, the central register shall ensure timely and unrestricted access without alerting the parties to the trust concerned.

The Beneficial Owner under FATCA

The introduction of the Register of Beneficial Owners under the Directive is based on the model established under the Foreign Account Tax Compliance Act (FATCA), implemented by the US a few years ago. With a 10% threshold, the FATCA net captures more beneficial owners than transparency regulations using a 25% test. For FATCA purposes, with respect to a corporation, a “substantial U.S. owner” is any U.S. person that owns, directly or indirectly, more than 10% of the stock of the corporation by vote or value. From a practical standpoint, it will be challenging for some institutions to acquire sufficient documentation from every 10% owner. On the other hand, building a more complete database on these customers may prove beneficial in the long run if future EU directives move from the 25% test toward the 10% threshold.

The position in Malta

The Maltese Prevention of Money Laundering Act (PMLA) [Chapter 373 of the Laws of Malta] empowers financial institutions and other professionals to identify customers, establish risk-based controls and report suspicious activities. Malta has also adopted the Prevention of Money Laundering and Funding of Terrorism Regulations (PMLFTR), which are modeled on the European Union’s Third Directive on the prevention of money laundering. Malta’s legislation is supported by Malta’s sole financial services regulator, the Malta Financial Services Authority (MFSA). The PMLA identifies what constitutes money laundering, establishes the Financial Intelligence Analysis Unit (FIAU) and the means by which the FIAU, the Police and the Attorney General may proceed against a person suspected of being involved in money laundering.

Amendments to the Prevention of Money Laundering Acts will soon be underway in order to implement the new provisions of the Fourth Anti-Money Laundering Directive. The transposition of the Directive into national law will strengthen the role of FIUs and their cooperation in respect of exchanging information, and establish national registers for beneficial owners of companies, partnerships, foundations and trusts.

Following on the developments of FATCA and the Common Reporting Standard, the Directive and the introduction of the Register for Beneficial Owners represent a new step towards transparency. However, fundamental questions have been raised about the right to privacy. The nature of the information available, such as an individual’s name, date of birth, nationality, residency and details on ownership, could lead to inappropriate access to and use of personal information. The courts may be called upon to consider the extent to which anti-money laundering considerations surpass an individual’s right to privacy.