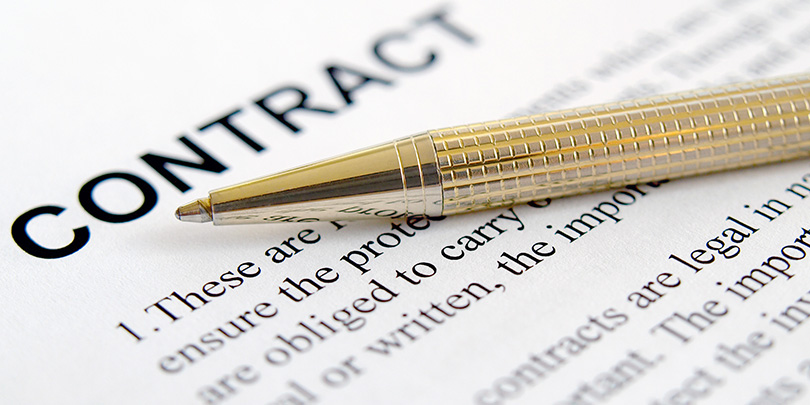 The requisites of a valid contract according to Maltese law

A contract may be defined as a legally binding agreement by which an obligation is created, regulated or dissolved. Alternatively, it is a promise or set of promises which the law will enforce.

Contracts may be classified as either bilateral or unilateral. A bilateral contract is one where the contracting parties bind themselves mutually the one towards the other. Thus, in a contract for the sale of goods, the buyer promises to pay the price and the seller promises to deliver the goods. In a unilateral contract, one or more persons bind themselves towards one or more other persons without there being any obligation on the part of the latter.

Capacity of the parties

Consent of the parties

The test of valid consent is subjective in nature and relates to the intention of each party. When parties bind themselves voluntarily, the obligations entered into should correspond with their intention. Persons entering into a contract must do so on their own free will. The law specifies that where the consent had been given by error, or extorted by violence or procured by fraud, it shall not be valid. Where someone entered into a contract by mistake, in relation to an essential feature of the contract, the Court will find a contract invalid because of error. Where violence, be it physical or moral, is threatened or perceived, consent of the party is vitiated and can be a ground for nullity of the contract. On the other hand, for consent to be vitiated in case of fraud, the other party must have lied in such a way that without such fraudulent practices, the party would not have contracted.

Under Maltese law, a lawful consideration or “causa” means the reason or purpose of the contract. An obligation without a consideration, or founded on a false or an unlawful consideration, shall have no effect. Furthermore, according to Article 990 of the Civil Code, the consideration is unlawful if it is prohibited by law or contrary to morality or to public policy. One might add that it is within the powers of the Court to raise ex officio the question of an unlawful causa. This is quite understandable since it is an issue which may affect public policy.

The presence of a vitiating factor may render a contract void (and the whole transaction is deemed to be null), voidable or unenforceable. Vitiating factors include:

The incapacity of the contracting parties

Under Maltese law, any contract entered into by a person who has not the use of reason, or is under the age of 7 years is null. Between 9 and 14 years, a child is still not able to contract but if they do so, the contract is considered valid only if it is in the child’s favour. Any child who has attained the age of 14 years, but has not attained the age of 18 years, may choose to walk away from any contract which is not beneficial to him/her. On the other hand, incapacity results if at the material time a person was unable to make a reasonable decision for himself due to a mental incapacitation. Furthermore, as mentioned above, interdicted persons do not have to capacity to enter into contracts either.

Such a situation results when an unambiguous false statement of fact is used to mislead a party to the contract, inducing him or her to enter into the contract under false pretenses. Misrepresentations can result from fraudulent or negligent behavior.

The subject matter of the contract cannot be something which is impossible, illegal or against public policy. The definition is quite general and rightly so, as it is intended to include all that is inadmissible in the interest of law and order in a society. For instance, an agreement to create a monopoly would be against public policy, while a contract to loan money with an interest rate higher than that allowed by law would make the contract void.

Invalid consent as a result of duress and undue influence

When consent is acquired on the basis of physical or emotional threats, or coercion, that consent is invalid and renders a contract voidable. This is because the party did not enter into the contract based on his own free will and therefore never had the intention to uphold his end of the contract. The duress or undue influence may be actual or simply threatened.

Thus, a void contract is one where the whole transaction is regarded as a nullity. It means that no contract existed between the parties at any point in time. Any goods or money obtained under the agreement must be returned as per the law of restitution. Where items have been resold to a third party, they may be recovered by the original owner. On the other hand, a voidable contract is one that operates as a valid contract until one of the parties takes steps to avoid it. Anything obtained under the contract must be returned, in so far as this is possible, using the remedy of rescission. An unenforceable contract is one that exists but cannot be enforced in the courts if a party refuses to carry out its terms.