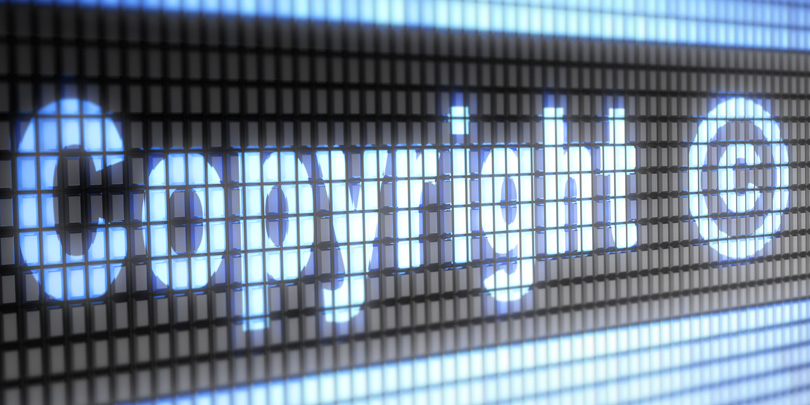 Intellectual Property rights can be defined as the rights given to persons over their creations. These rights allow the creators to feel safe that the result of their hard work will not be used and abused by other persons, without some form of compensation. The type of intellectual property offers the right holder different forms of protection. For instance, patents allow the right holder to stop third parties from making, using or selling his invention for a certain period. Trademarks protect the name of the registered product by preventing other business from selling a product under the same name. On the other hand, a copyright informs others that the author intends to control the production, distribution, display or performance of his work.

Primarily, the focus of the EU in the field of intellectual property has been the harmonization of national substantive law and the creations of unitary rights at EU level. In fact, certain national intellectual property rights such as those relating to trademarks, designs, patents for biotechnological inventions and certain aspects of copyright and related rights, have been harmonized. The EU has also created some unitary rights and these include the Community Trademark and, more recently, the Community Design.

The Industrial Property Registrations Directorate (IPRD) within the Commerce Department in Malta is responsible for the registration of trademarks, certification marks, collective marks and designs, patenting of inventions, issuing of supplementary protection certificates in respects of pharmaceutical products and plant protection products, as well as the recording of transfers, cancellations, amendments and renewals relating to IP rights.

As from the date of EU accession, Malta automatically became part of the Office for Harmonisation in the Internal Market (OHIM). Since 1996, the OHIM is responsible for the registration of the Community trademark, which provides trademark protection throughout the whole European Union. Therefore, by default, all Community Trademarks (as well as Community Designs) are applicable to Malta and therefore also have protection in Malta.

Safeguarding intellectual property rights proves to be more and more difficult in the face of increasing piracy and counterfeiting, made easier by the internet in particular. Violators of intellectual property rights harm artists, developers and inventors. They create barriers to innovation and harm competitiveness. They destroy jobs, decrease public finances and in certain cases threaten health and safety.

Customs authorities in the EU detain millions of items suspected of violating intellectual property rights every year. While the gradual harmonization of substantive law on intellectual property rights has promoted the free movement of goods between EU countries and made the rules applicable more transparent, the means of enforcing intellectual property rights had not yet been harmonised. Directive 2004/48/EC (hereinafter referred to as the Directive), which was adopted in 2004, aimed to change that. With the implementation of the Directive, the EU aimed to protect creativity and innovation in order to foster economic growth. The Directive requires all Member States to apply proportionate and effective remedies and penalties against those engaged in piracy and counterfeiting, therefore providing the right holders with a means to defend their rights if they are infringed in the EU.

A law entitled the “Intellectual Property Rights (Cross-Border Measures) Act, 2000” was enacted in Malta with the aim of withholding the release of goods by the Comptroller of Customs (the Comptroller) where they may infringe the intellectual property rights of another party. The act specifically prohibits the importation into Malta, and the exportation from Malta, the release for free circulation, temporary importation, the placing in a tax warehouse, of any goods in contravention of IP rights. The Maltese act gives an encompassing definition of the term “goods infringing an intellectual property right”, which covers the main constituents of intellectual property, namely, trademarks, copyright and patents. These goods include counterfeit goods, pirated goods and goods infringing a patent under Maltese law.

The holder of the right may ask the Comptroller to instruct customs authorities to take all necessary measures to withhold the release of goods infringing the right holder’s IP rights. These instructions would need to be stated in a Customs Intervention Application filed with Customs itself. Such application must contain a sufficiently detailed description of the goods, proof that the applicant is the holder of the right for the goods in question and that prima facie the goods infringe that right. If the Comptroller approves the application, he must direct the customs authorities to detain the goods for a specified period of time and, provide the right holder with the necessary information on the consignee so that he would be able to initiate proceedings to safeguard his rights. During this detention time, the right holder must initiate the necessary civil judicial proceedings to seek remedy and redress for the violation of his rights at law. If the Court finds that the goods are infringing an IP right, then the Maltese Courts generally instructs the Comptroller to destroy the goods. If no civil proceedings are initiated by the holder of the rights, the Comptroller will order the release of the goods.

In addition, Malta Customs are obliged to observe the terms of Regulation No. 608/2013 (which repealed Regulation No. 1383/2003/EC) concerning customs action against goods suspected of infringing IP rights and the measures to be taken against goods found to have infringed such rights. The Regulation only deals with the procedural rules for the customs authorities and contains no rules relating to criteria for ascertaining the existence of an infringement of an intellectual property right.